Get notified when new playlists are released 📪 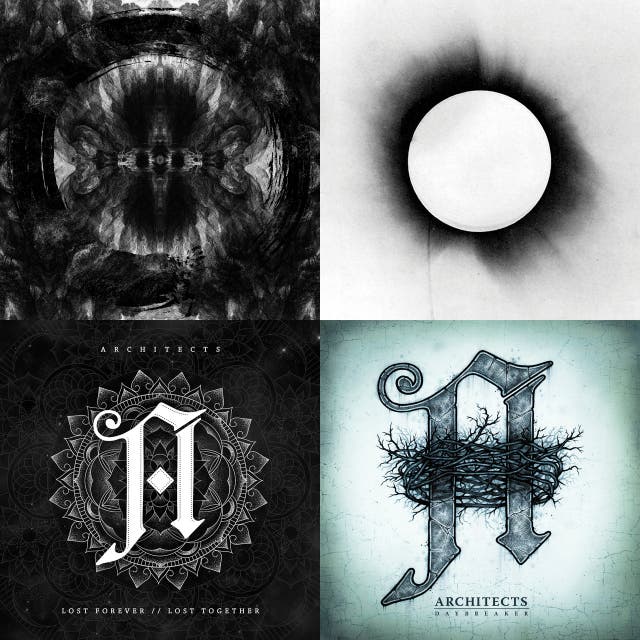 I've had a long relationship with Architects. Back in 2009 I stumbled on to their song Early Grave on YouTube, probably in the related videos to Bring Me The Horizon. I was blown away by the aggression, the fresh sound and the bold lyrical content. Well, 9 years have passed and the little has changed. With almost every release Architects have improved across the board. It's hard for me to decide whether the band should be praised for their technical ability, lyrical prowess or songwriting... So let's go with all of them.

It's difficult to talk about Architects without mentioning the struggles the band has faced. I won't attempt to do justice to the story here but in brief: Lead guitarist and song writer Tom Searle was diagnosed with melanoma in 2013 and tragically passed away in 2016. The band's last two albums "All Our Gods Have Abandoned Us" and "Holy Hell" offer an crushing insight into this time in the band's life.

"All Our Gods Have Abandoned Us" is largely a meditation on Tom's impending death from his own pen and "Holy Hell" is his twin brother Dan's (and the entire band's) reflection on their loss and their future. Even if you don't personally enjoy Metalcore or heavy music, I urge you to listen to these albums. Very few musical projects have ever touched me the way these have.

It's been a strong year for music, and this is a bold claim in any year, but "Holy Hell" is my pick for album of the year. I want to thank Architects for putting this project together, for growing with me for the past decade and for touching my life in a way few bands ever will.